Teresa Tideman - Chair of the Board of Trustees

Teresa Tideman is a Non-Executive Director of STDupont and a Senior Associate of Quarto Advisors, an international retail consultancy. Teresa was formerly CEO of Style Group Brands, one of the leading British Fashion Houses. Prior to that she held a number of senior roles at the Walt Disney Company including Senior Vice President and Managing Director of The Disney Store and Managing Director of the Consumer Products division for EMEA. Teresa spent time working in Australia as Fashion Director for David Jones Ltd and is also a former Executive of Arcadia having spent 13 years with the Group working across a number of the fascias. Teresa is actively involved in a number of charities in the UK and has been a Trustee of In Kind Direct since 2010.

Richard Wolff co-founded Javelin Group in 1997 and was its Chief Operating Officer and ran its Strategy Consulting practice until 2018 when he became Javelin Group's CEO.  He is also joint leader of Accenture’s UK & Ireland Retail Strategy business and Head of Europe Retail Strategy.  He has advised many retailers, brands, consumer goods companies and B2Bs on how to transform their digital, omni-channel and ecommerce business. He previously worked at GUS, the leading UK catalogue retailer and is non-executive director at a start-up AIPatient.

Graham joined DHL in 1994 and has held a number of senior international leadership positions within the Group. Before retiring in Spring 2017 Graham was Chief Development Officer, DHL Supply Chain, for 3 years, responsible globally for all Sales, Account Management and Product Development activity, driving the M&A agenda for DHL Supply Chain and managing the global Service Logistics and Life Science & Healthcare businesses. Graham is also a Non-Executive Director of OneMed, a medical supplies distributor headquartered in Sweden, and a Trustee of Transaid, a charity whose aim is to improve livelihoods in the developing world through creating better transport arrangements.

Rosanne Gray is In Kind Direct's new Chief Executive. For the past eighteen years she has worked in a variety of organisations from large corporations such as Shell, entrepreneurial start-ups to foundations focused on developing solutions to social and environmental problems. From founding CottonConnect, a global business transforming the world’s cotton supply chains, leading the Virgin Foundation (Virgin Unite) for one of the world’s best known entrepreneurs to most recently running a tech start-up that empowers small companies to get online, she has harnessed the power of business to transform people’s lives.

Dr Juliane Kronen is the Founder and Managing Director of Innatura in Germany. After studying business administration, Juliane worked for The Boston Consulting Group for 16 years, eight of which were as a partner. Juliane advised companies operating globally, primarily from the telecommunications industry, and she was also responsible for the European “Women's Initiative” and social impact projects. Juliane has been a trustee of the Right Livelihood Foundation since 2010 and a member of the jury that determines the so-called ‘alternative Nobel Prize winners’ annually since 2011. Juliane co-founded innatura in 2011. She also holds several voluntary roles, including on the Advisory Board of Cradle2Cradle, an NGO, and is the Swedish honorary consul in her home state of Northrhine-Westfalia. 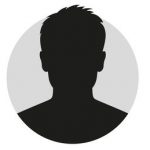 Bastien Charpentier is the President of Dons Solidaires in France.

Valerie Jaffe is Chief Operating Officer for In Kind Direct International. Valerie trained and worked as an intellectual property lawyer. She has worked in the charity sector since 2003 and has managed charity start-up projects, including a certification scheme. Her experience has included working with representatives from government, the private sector and voluntary sector. She has also served as a trustee for a charity dealing with health issues, including a role on several sub-committees.

About us
Give
Receive